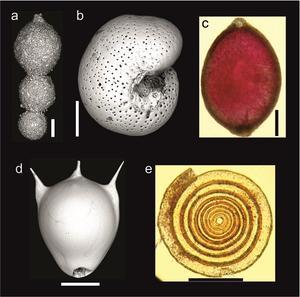 New research by scientists at the NOC and the University of Southampton show that deep sea hills increase the biodiversity of forams - a very important group of shelled protozoans.

It was published today in Progress in Oceanography.

There are over 25 million of these hills on the ocean floor, each hundreds of metres high. They cover around 40% of the ocean floor, making them the dominant landform on our planet. Therefore the findings of the study have important implications for diversity between 3.5 and 6.5 km depth, and deep sea ecosystem functioning.

Dr Brian Bett, from the NOC who is a co-author on this paper, said “This adds to our growing understanding of the importance of abyssal hills in the biodiversity, biogeochemistry, and biogeography of the deep ocean floor.”

Forams are shell-bearing organisms that are extremely diverse and abundant in the deep sea, playing a key role in a suite of ecological processes on the seafloor, such as organic-matter remineralisation and carbon burial. These single-celled organisms can be found in all marine environments from intertidal mudflats to the greatest ocean depths.

The researchers on this paper argue that studying hilly terrain on the ocean floor is essential to understanding how deep ocean ecology works. Abyssal hills represent a major source of topographic and environmental variation in the deep sea. Conditions on the hills, such as, water current flow, sediment particle size, and food availability, differ from those on the surrounding flat plains. These differences have an effect on the community structure and diversity of forams.

Lead author, NOC PhD-candidate Paris Stefanoudis, explains: “We already found the shell characteristics of forams  are linked to seafloor topography. In this study we discovered that hills had a higher species density than the surrounding plains, supported a distinct community of forams, and so increased the regional biodiversity of the group”.

The work is part of the Porcupine Abyssal Plain Sustained Observatory programme, and the Autonomous Ecological Surveying of the Abyss project, both funded by NERC.