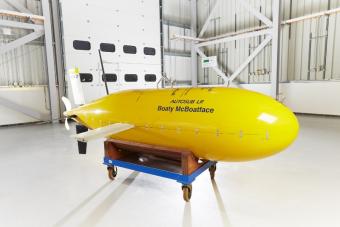 The NOC has announced the line-up for this year’s Marine Autonomy and Technology Showcase (MATS), which will run from 13–18 November at the waterfront site in Southampton.

Marine Autonomy is a transformative technology that continues to generate huge interest from major industry sectors including Offshore Renewable Energy, Oil and Gas and Defence, and the MAT Showcase was established, by the NOC, in 2015 in response to this interest. The technology has also captured the public imagination in the last 12 months with the popularity of ‘Boaty McBoatface’, the name given to one of the NOC’s Autosub Long-Range autonomous vehicles.

The three day programme of workshops, talks, demonstrations and networking presents a unique and valuable opportunity to find out about the latest developments in ocean technology and how organisations can engage with the NOC to explore opportunities to secure funding, share ideas and get those ideas in front of influential users from the marine and maritime industries.

The opening day of MATS will see an impressive roster of keynote speakers from across academia, industry and government organisations, including the Royal Navy, Satellite Applications Catapult, University partners. Speakers are participating from the UK, USA and Europe. Each day of the showcase will see leading figures from key industries take to the stage to present their needs from marine technologies, as well as presentations from funders on their future funding plans.

This year’s Showcase will also feature feedback on the ‘2017 Year of Autonomy’ and Marine Autonomous Systems in Support of Marine Observations (MASSMO) – which this year saw the largest single deployment of autonomous vehicles – as well as a full social programme for delegates.

The full programme and biographies of the speakers, as well as details on how to register, are available on the NOC Conference website.