Iron from burning fossil fuels found in the Pacific Ocean 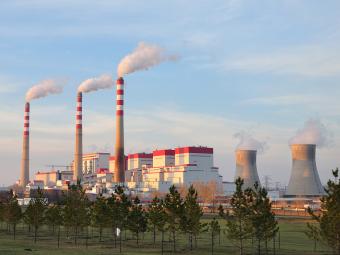 It is both exciting and sobering that this paper demonstrates human activity is influencing the levels of a crucial nutrient in the heart of the open ocean.

New research published in PNAS this week suggests that human-derived iron entering the ocean from burning fossil fuels could have an impact on the global climate, as well as marine life.

Iron contained in fossil fuels which is burned in Asia, is carried East by midlatitude winds, and deposited all across the North Pacific.

Iron is a natural fertilizer, and can fuel the growth of tiny marine plants called phytoplankton, which form the base of the marine food chain. By fuelling blooms of phytoplankton, which then absorb carbon from the atmosphere and take it down into the ocean as they sink, iron forms an important part of the global carbon cycle.

By comparing isotope ratios and concentrations of iron in water samples from the North Pacific, this research is the first in the Pacific to show the presence of iron derived from human activity in the ocean.

NOC author Dr B.B. Cael participated in the study and helped conceive the modelling portion of the work, helping to translate the field data into large-scale ocean implications.

Commenting on the study, he said, “It is both exciting and sobering that this paper demonstrates human activity is influencing the levels of a crucial nutrient in the heart of the open ocean. This demonstrates another way that fossil fuel burning can disrupt natural ecosystems far (thousands of miles/kilometers) away.”