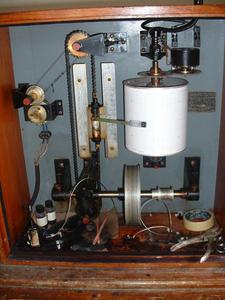 By restoring historic tide gauge data from Malta and making it available to the public, researchers at the National Oceanography Centre (NOC) and the UKHO hope to shed new light on past tsunamis and climate change in the Mediterranean.

A tide gauge, installed in the Maltese port of Valetta in 1871, offers the only continuous record of the sea level in the Southern Mediterranean that goes back further than fifty years. However, some of the paper records it produced have deteriorated.

The project coordinator, NOC’s Elizabeth Bradshaw said, “there are a limited number of long-term records of climate data in the world, so rescuing and recovering data is vital for answering questions on climate change and oceanography”.

This project is being run from the British Oceanographic Data Centre (BODC) which is a National Facility, within the NOC, that maintains and distributes marine data.

The Department for Business, Innovation and Skills (BIS) have provided £32,000 from its ‘Breakthrough Fund’ to NOC and the UKHO in order to restore these records and make them available to the public. They hope to digitise the data via a citizen science activity, once this project is complete. Once digitised, scientists will be able to use the data to look for evidence of past tsunamis and climate change.

Professor Kevin Horsburgh, from the NOC, said “Preserving long term data records like these is essential for our understanding of sea level change. The data allows scientists to identify the mechanisms that contribute to long term variability of sea level, as well as to measure the impact of each process. These variations range from long term tidal changes through to century scale change due to climate change".

While modern tide gauges typically only calculate the sea level once every fifteen minutes, this historic analogue gauge made a continuous recording. It worked using a float on the water that, via a system of pulleys and cogs, moved a pen up and down a paper-wrapped drum in a way that reflected the changing sea level. 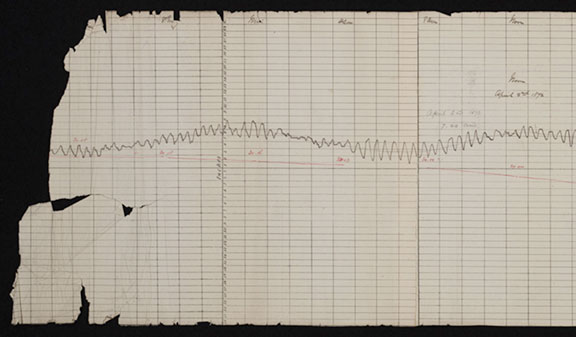 The British Navy installed the gauge to ensure ships got safely in and out of the harbour. In 1877 the Astronomer Royal George Airy used the data from this gauge to write about the particularly interesting tidal signal at Valetta. This signal is caused by the ocean water sloshing back and forth across the Mediterranean basin much as it does in a bath. The gauge remained operational until 1926.

Once the project is complete, in March of this year, the data will be made available on the BODC website as well as on www.data.gov.uk. The original records will remain at the UKHO.