Green light to implement the Decade of Ocean Science 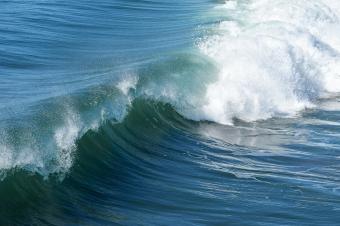 A resolution giving the go-ahead to implement the United Nations Decade of Ocean Science was adopted Thursday 24 June 2021 by the Intergovernmental Oceanographic Commission of UNESCO, the UN body responsible for ocean science and services.

It is hoped, the period 2030 will now see intensive international scientific cooperation to provide the science and observations needed to reverse the cycle of decline in the health of the ocean

Co-sponsored by the UK and fourteen other countries, the resolution approved actions to support the Decade’s vision of the delivering the science, monitoring and data needed for more effective ocean management and knowledge and understanding of the ocean, both within national Exclusive Economic Zones and in the 60% of the ocean beyond national jurisdictions. Ocean is threatened by species extinctions, habitat loss, over-exploitation, pollution as well as climate change with effects like ocean heatwaves, reduced oxygen levels, acidification. The ocean may even become less able to soak up emissions of carbon dioxide which will be important to monitor to know whether needed CO2 emissions targets need to increased further unless monitored.

The actions include plans for improved global and coastal ocean monitoring, sharing of data and increasing awareness of the critical importance of the ocean to all life on Earth and the opportunity to develop clean ocean-based industries such as for offshore renewable energy.

This year the G7 group of the world’s most developed economies, under the UK’s G7 Presidency, committed to support the Decade of Ocean Science to transform the evidence needed to manage the ocean such as ensuring at least 30% of the ocean is protected.

The UK Delegation is led by the UK’s National Oceanography Centre and its Chief Executive, Professor Edward Hill said, “I am delighted the UK was able to sponsor this resolution which also invites all Member States to now commit the funding and effort needed to the improve the awareness, scientific knowledge, and monitoring needed to manage the marine environment and so secure the clean, healthy, safe and productive ocean we want”.