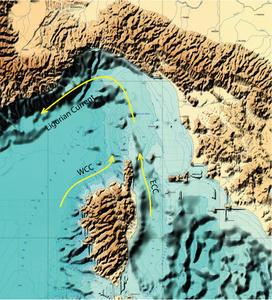 This is a wonderful opportunity for students with different backgrounds and nationalities to get hands-on experience of marine research.

In June 2011, the UK’s National Oceanography Centre (NOC) is to take part in an ambitious project to ‘spread the word’ about marine research and the importance and vulnerability of the world’s oceans, with particular focus on the Mediterranean and Ligurian/northern Tyrrhenian Seas.

A major aim of the two-week programme is to create international cooperation in marine research and management of the Mediterranean Sea. The graduate students attending the workshop are from Greece, Turkey, Israel, Tunisia, Italy, Lebanon, Palestine, Malta and the United Kingdom. Thestudents have a range of interests, including physical and chemical oceanography, marine biology, and coastal/marine management.

In addition to attending lectures and practical demonstrations given by experienced marine scientists, there will a field trip to Cinque Terre National Park, a Unesco World Heritage site, as well as an organised trip to Genoa and its world-class marine aquarium. During the second week, the students will have the opportunity to conduct research at sea on board EcoOcean’s research vessel Mediterranean Explorer and the Italian sailing vessel Adriatica. Some of this research will take placein the area of the Arcipelago Toscano National Park, the biggest Protected Marine Area in Europe, At the end of the venture, the students will write reports, and also present their findings at the La Spezia Marine Festival (to be held June 16–19).

One of the scientists involved, NOC’s Dr Paolo Cipollini, who will deliver a lecture on remote sensing of the Mediterranean Sea via a videoconference link, said: “This is a wonderful opportunity for students with different backgrounds and nationalities to get hands-on experience of marine research, and also to get to know each other by working as a team.”

The Mediterranean Sea has shaped the economic, technological and cultural development of the nations surrounding it. However, local pollution and global changes such as ocean warming and acidification are threatening its fragile ecosystems.  Scientific cooperation between nations is therefore imperative in order to research, monitor and manage the Mediterranean Sea so as to preserve its health and protect the ecological services that it provides.

EnvironmentalOceanTeam Director, Dr Emilio Tesi, said “As the name of the workshop suggests, environmental impacts know no boundaries. We hope that the workshop will generate public awareness of the range of environmental threats to the Mediterranean coastal and oceanic ecosystems and their complexities, and the international cooperation required to address them effectively.”

Some of the marine research will take place within the Marine Protected Area of the Pelagos Sanctuary for Mediterranean Marine Mammals in the Ligurian Sea off the coast of Tuscany. Here, the students will use hydrophones to listen out for whales. They will also use specialised scientific instruments to measure the salinity, temperature and density of seawater at different depths, and will also study phytoplankton, the tiny marine plants that dominate biological production in sunlit surface waters.

Dr John Allen of NOC is also participating in the workshop. While aboard the Mediterranean Explorer and the Adriatica in the Ligurian Sea, he and his colleagues plan to conduct research into the turbulence of the upper ocean and its effects on phytoplankton.

“We have a unique opportunity to measure turbulence in the summer mixed layer because such small vessels (around 20 meters in length) do not cause as much disturbance as a large survey vessel would,” said Dr Allen.

Phytoplankton sit at the base of the marine food chain upon which the fisheries of the Ligurian Sea depend. However, the area has witnessed blooms of harmful algae that are a threat both to the shellfish industry and marine mammals. There is evidence that these harmful algal blooms are triggered by increasing temperatures and a stable surface water column, and that turbulence caused by surface winds may help bring them to an end.  Dr Allen’s research should help understand surface ocean turbulence in the region and its relation to algal dynamics.

Environmental Impacts Know No Boundaries is supported by the city councils of La Spezia, Ameglia, Monterosso, Lerici and a wide range of scientific organisations (such as CNR-ISMAR, INGV, CSSN of the Italian Navy, CIBRA of the University of Pavia, and the Marine Aquarium of Genoa), as well as the trustees of the Arcipelago Toscano National Park. The organisers would welcome approaches from the media and documentary makers interested in filming during the programme of lectures and active marine research at sea.