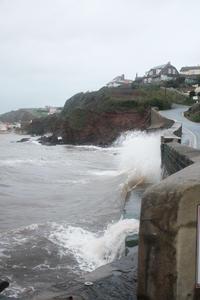 To understand the risk of coastal flooding, you need to understand the tides. This was a key message of a study by researchers based at the National Oceanography Centre in Liverpool and Southampton, which was short-listed for the recent Lloyd’s Science of Risk Prize.

Projected increases in global mean sea level, caused by melting of land ice and thermal expansion of the ocean, will have a direct impact on European tidal cycles, according to the research. With much of the population living by the sea, coastal flooding is of increasing interest to insurers and governments, as well as many other sectors.

A number of factors contribute to coastal flooding. Sea level rise and weather-driven storm surges are well-studied components, but tidal range is also an important factor in determining the extent of water build-up and coastal inundation. Several storm surges occur every year around Europe, but only have impact if they coincide with the high water part of the tidal cycle.

To date the majority of scientific literature has assumed that tidal ranges in individual locations will remain constant with rises in sea level. Mark Pickering, lead author and PhD student at the University of Southampton Ocean and Earth Science, which is based at the centre, challenges this assumption. “It is often stated that the tides are a stationary phenomenon only varying with astronomical forcing, for example the spring neap tidal cycle and the equinoctial tides. Our research shows that even though tidal science is a relatively mature discipline, there is still more to be learnt about tidal behaviour.”

Using computer simulations of future sea level rise at 32 locations on the North Sea, Irish Sea and English Channel coastlines, the researchers identified that a two-metre rise in sea level will substantially change tides around the European Shelf. The risk of coastal flooding was shown to either increase or decrease depending on the location, with tidal ranges being amplified in some areas and decreased in others.

Co-author Dr Kevin Horsburgh of the National Oceanography Centre in Liverpool said, “This is the first study to highlight changes in tidal amplitude as being an important factor in future coastal flood risk to the UK. Those changes are potentially significant with plausible increases in spring tidal range of 0.5 metres this century at certain locations.”