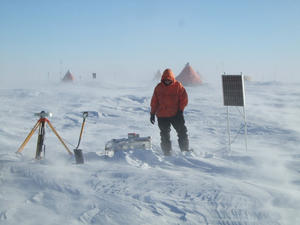 A British engineering team has headed off to Antarctica for the first stage of an ambitious scientific mission to collect water and sediment samples from a lake buried beneath three kilometres of solid ice.

Using ground-breaking technology developed at the National Oceanography Centre, this extraordinary research project is at the frontier of exploration and will yield new knowledge about the evolution of life on Earth and other planets, providing vital clues about the Earth’s past climate. 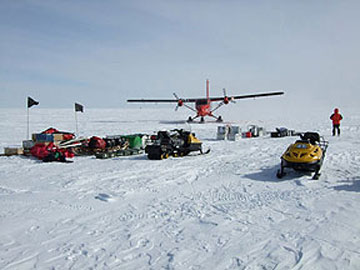 Transporting nearly 70 tonnes of equipment the ‘advance party’ will make a journey almost 16,000km from the UK to subglacial Lake Ellsworth on the West Antarctic Ice Sheet (WAIS). It is one of the most remote and hostile environments on Earth with −25°C temperatures. Their task is to prepare the way for the ‘deep-field’ research mission that will take place one year later. In October 2012 a team of 10 scientists and engineers will use state of the art hot-water drilling technology to make a three-kilometre bore hole through the ice. They will then lower a titanium probe to measure and sample the water followed by a corer to extract sediment from the lake. Lake Ellsworth is likely to be the first of Antarctica’s 387 known subglacial lakes to be measured and sampled directly through the design and manufacture of space-industry standard ‘clean technology’. 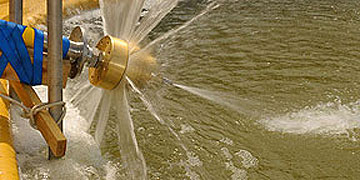 For years scientists have speculated that new and unique forms of microbial life could have evolved in this cold, pitch black and isolated environment. Sediments on the lake bed are likely to reveal vital clues about the history of life in the lake and the ancient history of the WAIS, including past collapse.

The Lake Ellsworth Programme Principal Investigator, Professor Martin Siegert from the University of Edinburgh, says “For almost 15 years we’ve been planning to explore this hidden world. It’s only now that we have the expertise and technology to drill through Antarctica’s thickest ice and collect samples without contaminating this untouched and pristine environment.

“We are tremendously excited – this is a frontier science project with engineering and technology at the forefront. Scientists and engineers from two of the Natural Environment Research Council’s centres of excellence, working in partnership with scientists from eight UK universities, make up the consortium that will search for life in this extreme environment and discover the secrets locked in the sediments. Every piece of equipment is a bespoke design and they have been built in partnership with several UK businesses.”

Dr David Pearce, Science Coordinator at British Antarctic Survey, is part of the team leading the ‘search for life’ in the lake water. He says “Finding life in a lake that could have been isolated from the rest of the biosphere for up to half a million years will tell us so much about the potential origin of and constraints for life on Earth, and may provide clues to the evolution of life on other extraterrestrial environments. If we find nothing this will be even more significant because it will define limits at which life can no longer exist on the planet.” 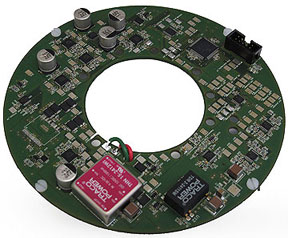 The unique five-metre long water sampling probe was designed and built by engineers at the National Oceanography Centre (NOC) in Southampton. Made of the highest grade of titanium to ensure maximum sterility and strength, it will collect 24 water samples at different lake depths. It will also capture the top layer of sediments at the lake-floor / water interface.

Dr Matt Mowlem of the NOC, who is leading the project to build the probe, says “One of the big challenges of the Subglacial Lake Ellsworth project is that we’re breaking new ground in a number of areas and doing things, such as the sterility aspect, that we thought had been attempted but which have actually never been done before. It will be a very nerve-wracking moment when we launch the probe – it has to work first time in very extreme conditions.”

Scientists at British Antarctic Survey and University of Durham, working in partnership with Austrian business UWITEC, have designed and built a sediment corer, which can extract a core up to three metres long. The unique percussion-driven piston corer is strong enough to penetrate even the most compacted glacial sediments to extract a core sample.

Next year the team of scientists and engineers will live in tents, spending around three months working at one of the coldest and windiest places on Earth.

The Lake Ellsworth consortium programme is funded by the Natural Environment Research Council.

More information can be found on the project website www.ellsworth.org.uk.