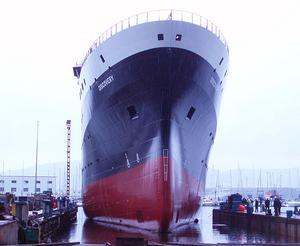 The new research ship serving UK marine science has been successfully launched at its yard in Vigo, Northern Spain.

The Royal Research Ship Discovery is now alongside an outfitting berth at the shipbuilder, CNP Freire, SA where fitting out is under way.

Commissioned by the Natural Environment Research Council the vessel will replace the 50-year old Royal Research Ship, also named Discovery, and will be operated by the NERC’s National Marine Facilities Sea Systems, based at the National Oceanography Centre in Southampton.

The new Discovery will provide a state-of-the-art platform that allows scientists to carry out research in the remotest and least hospitable parts of the ocean. She will join the RRS James Cook, which was named in Southampton in 2007. Both vessels were designed by Skipsteknisk AS, a leader in developing sophisticated and noise-reduced research vessels.

At almost 100 metres in length, with a displacement of 6,075 tonnes, Discovery carries a crew of 24 crew and accommodation for 28 scientists and technicians. The multidisciplinary vessel has seismic capability, sub-bottom profiling and multibeam equipment. She will be delivered to NERC in June 2013 and available for UK marine science in late 2013.

Discovery will play a key role in the scientific mission to understand the role of the oceans in the Earth system and to carry out research that will deliver significant economic and societal benefits – particularly in areas such as climate change, mapping earthquakes and underwater landslides, and investigating fascinating features like hydrothermal vents. 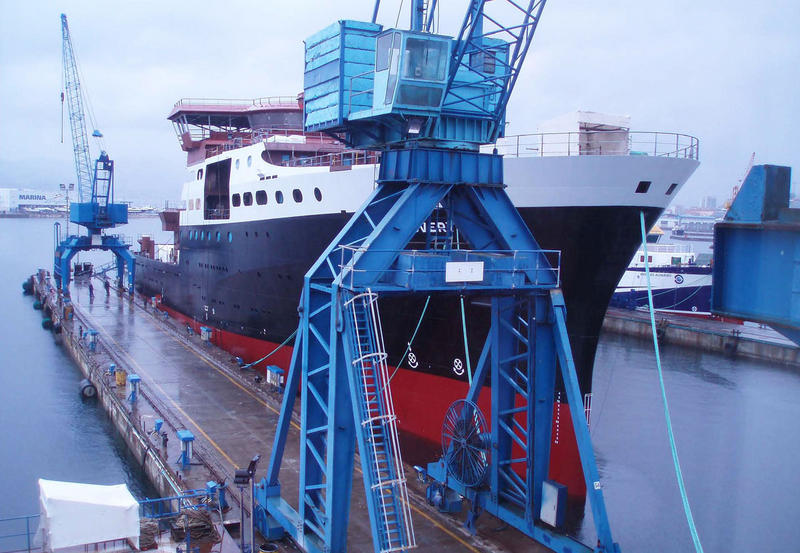 Tags:
RRS Discovery
About Us