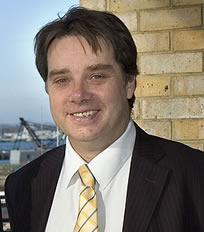 Over the past five years Ed Hill has led the development of a strong collaborative research strategy at Southampton. I am delighted that he will develop and drive forward the NOC. His vision for the new centre will build on major NERC science investment.

He said, “I am delighted to have the opportunity to lead the new NERC National Oceanography Centre, which will be a major centre of marine science excellence internationally. The oceans are vital to all life on earth and offer solutions to many of the most pressing challenges of our age. An exciting and distinguishing role for the new Centre will be its responsibility for building a strong partnership approach with marine researchers in the UK, especially to chart future priorities for the long-term capability need to sustain integrated marine scientific excellence with impact.”

The National Oceanography Centre (NOC) brings together the NERC Proudman Oceanographic Laboratory (POL) in Liverpool and NERC-managed activity at the National Oceanography Centre, Southampton (NOCS) into a single institution. The new NOC will work in close partnership with the wider marine science community to create the integrated research capability needed to tackle the big environmental issues facing the world. Research priorities will include the oceans’ role in climate change, sea level change and the future of the Arctic Ocean.

Professor Hill, who is the current director of NOCS, was selected to lead the new centre following an open recruitment and selection process. He takes up his new role with immediate effect.

Professor Alan Thorpe, Chief Executive of NERC, said, ‘Over the past five years Ed Hill has led the development of a strong collaborative research strategy at Southampton. I am delighted that he will now develop and drive forward the NOC. His vision for the new centre will build on major NERC science investments to ensure the UK is a global leader in oceanographic research.’

Professor Andrew Willmott, former director of the Proudman Oceanographic Laboratory, will be a key member of the senior leadership team for NOC.

Professor Hill is a physical oceanographer – the field of oceanography concerned with the physics of the sea, encompassing ocean circulation, waves, tides, and water mixing processes. He is a graduate of the University of Sheffield (BSc Applied Mathematics, 1981) and University of Wales, Bangor (MSc, 1983 PhD, 1987). His expertise is in circulation and mixing processes in shallow coastal seas, working mostly in UK waters (North Sea, Irish Sea and west of Scotland). He has published numerous research papers on circulation associated with tidal mixing fronts in European coastal seas and its implications for continental shelf sea marine ecosystems.