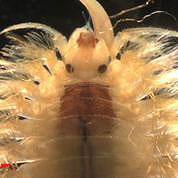 Research at the National Oceanography Centre (NOC) reveals that benthic fauna in deep-sea canyons are much more varied than previously thought.

This study, published in the Journal of Deep Sea Research 1, shows there is an equally great variation in macrobenthic faunal assemblages between different ‘branches’ of the same canyon, as between the canyon and the sea floor outside of it. This is one of the first studies to look at differences in fauna within a canyon itself.

The lead author of this research, Laetitia Gunton of the NOC said, “Canyons are major topographic features on continental margins. They are thought to be important links between the continental shelf and the abyssal plain as well as biomass “hotspots” in the deep sea. However, knowledge of canyon benthic biology is poor and this research helps us to understand the patterning of organisms and their response to environmental variables inside these dynamic and fascinating environments.” 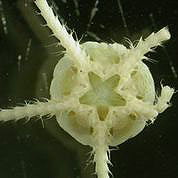 This study has the potential to help us predict how marine ecosystems may respond to disturbances created by human intervention, such as deep sea mining and trawling. This is because organisms within deep sea canyons are subject to high levels of disruption from turbidity currents, internal waves and tides, which get channelled through the canyon branches much in the same way that bores are channelled through estuaries.

The macrofaunal organisms being studied as part of this research, by Laetitia Gunton, were sieved out from mud cores collected from the Whittard Canyon, which resides on the Celtic margin of the North East Atlantic, during the NOC led HERMIONE project. In particular Laetitia was studying worms, such as polychaetes and sipunculans, as well as small crustaceans and bivalves.

This research was funded by a NERC PhD studentship as well as CASE funding from the Natural History Museum in London.

Tags:
fauna
after the expedition