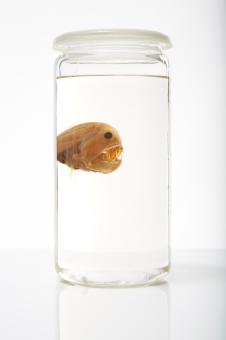 Since it is the season for all things creepy, NOC scientist Dr Tammy Horton has had a rummage through the Discovery Collections to find some suitably ghoulish marine specimens to share with you.

Housed in the NOC, the Discovery Collections facility maintains samples of global ocean life taken during research expeditions dating as far back as 1925. It is the only collection consisting solely of deep-sea and open-ocean invertebrates in the UK and provides vital insight into the species that live at extreme ocean depths. 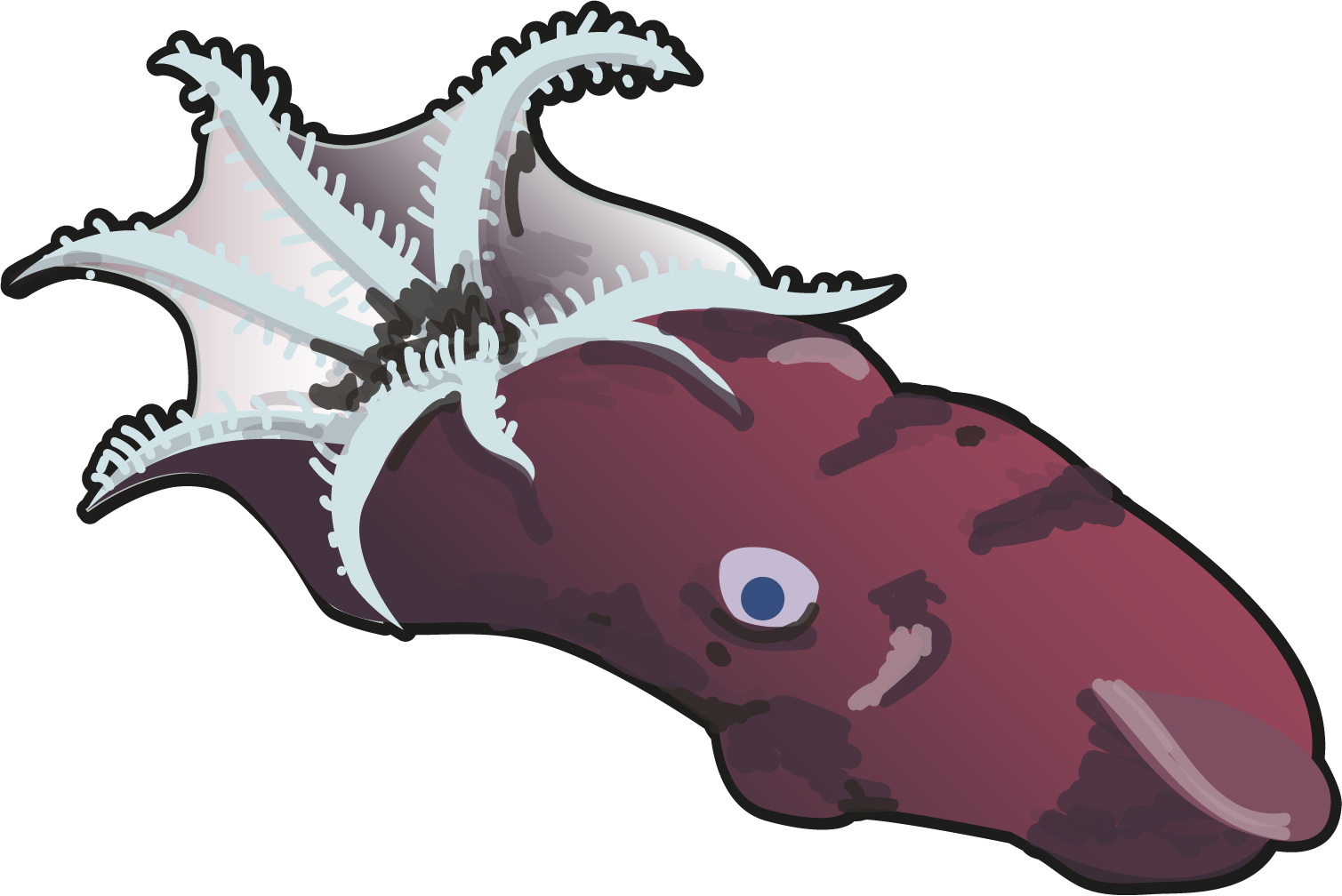 The vampire squid only reaches around 30 cm in length and is found throughout temperate and tropical deep seas worldwide, from 600 to 900 metres deep.

The literal translation of the Latin species name is ‘vampire squid from Hell’, a name inspired by its velvety jet-black to pale reddish cloak-like webbing and red eyes. However, the vampire squid does not live up to its name since actually feeds on waste, and does not suck blood! They have eight arms but lack feeding tentacles, and instead use two retractile filaments in order to capture food.

Like many deep-sea cephalopods, the vampire squid lacks ink sacs. If disturbed, it will curl its arms up outwards and wrap them around its body, almost turning itself inside-out and, exposing spiny projections called cirri. They also have amazing bioluminescent displays with light organs on the tip of each arm and at the base of each fin. When disturbed, these can glow and pulse and the arms may writhe so that it becomes very difficult to tell one end of the vampire squid from the other. An excellent means to escape predation.

In the following video, find out what Dr Tammy Horton has to say about the vampire squid, and see the specimen that has been held in the NOC as part of the Discovery collection for the last 30 years. 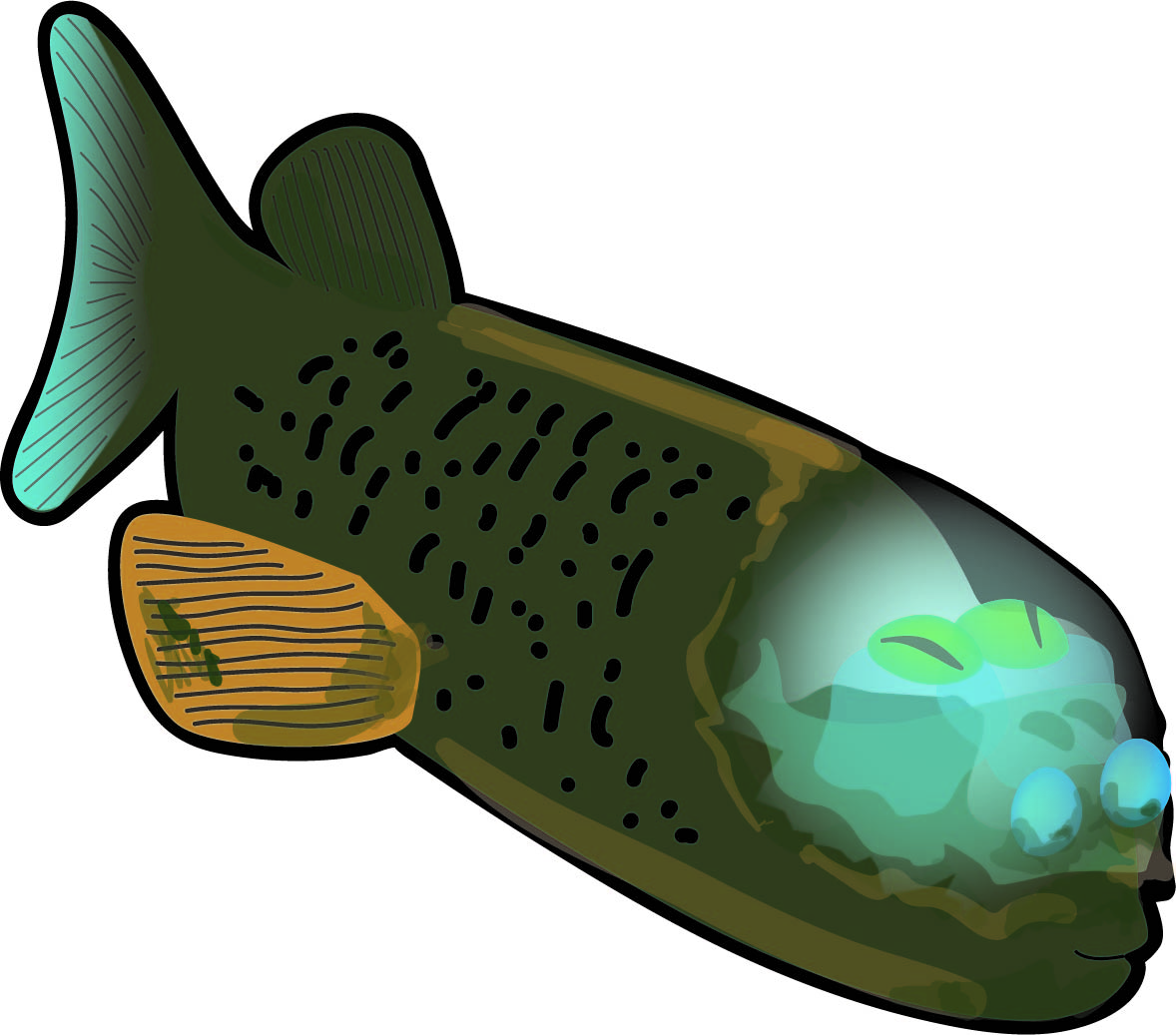 Found in tropical and temperate oceans worldwide at depths from 300 to 800 metres. Spookfish are strange little fish that only grow to about 10 cm in length.

Like other deepwater fish, the Spookfish needs to find its prey in very poorly-lit environments and also to avoid being detected by a larger predatory species. One way it achieves this is by using a luminous organ inside its anus to shine light downwards, hiding its shadow. The Spookfish also has particularly distinctive eyes, being tubular in shape and directed upwards so it can see through its transparent head.

Learn more about the spookfish in the video below, and see the Discovery collection specimen. 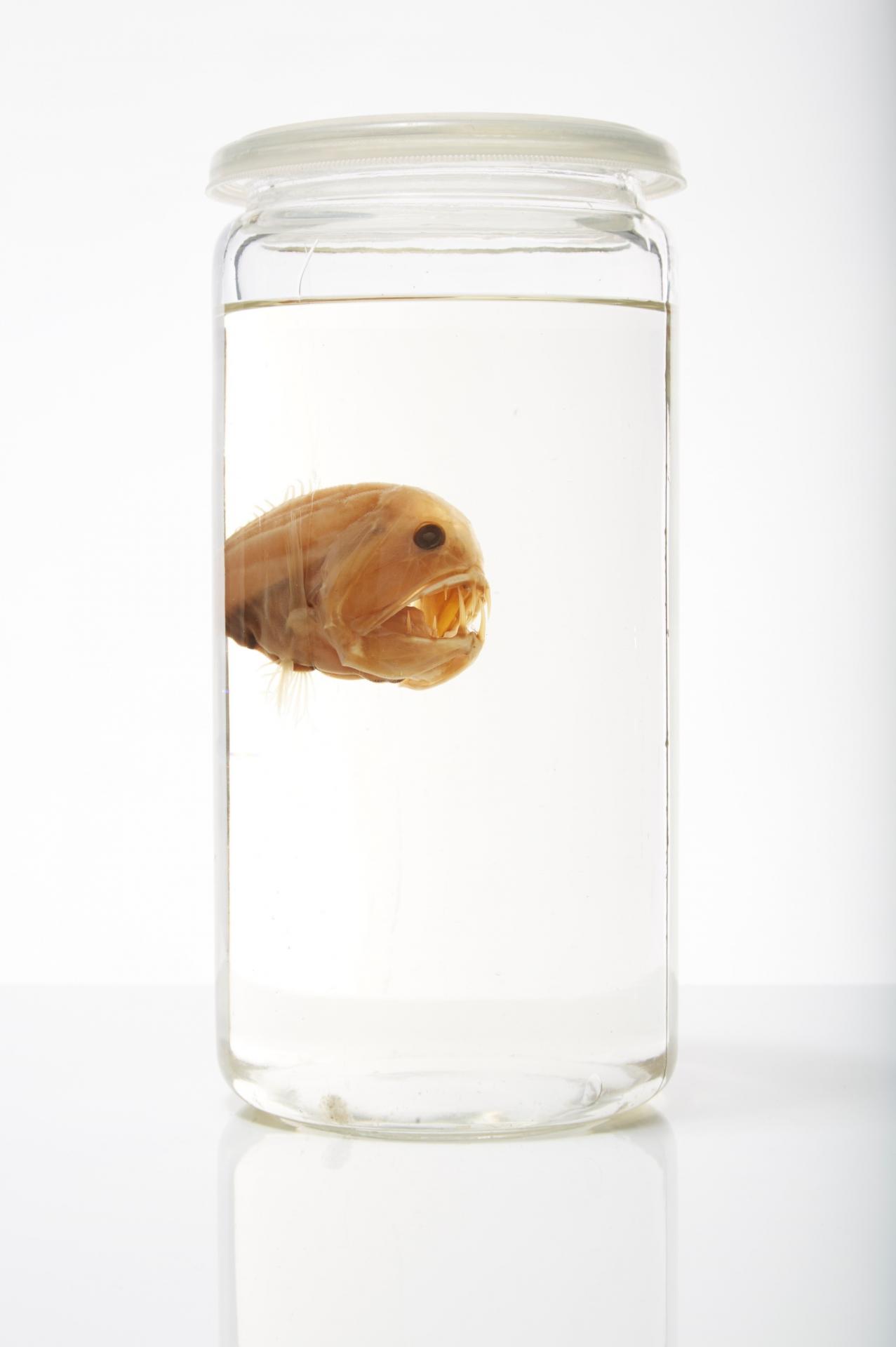 Found in temperate and tropical oceans worldwide at depths between 500 to 5,000 metres. Reaching up to about 15 cm.

The most noticeable thing about the fangtooth fish is its mouth full of needle sharp teeth, including its huge front fangs, which is how it got its name. The fangs on the lower jaw are so large that the fangtooth can’t close its mouth in the normal way. The fangs actually slide into specially formed pockets in the roof of the mouth when the jaw is closed. These pockets extend into sockets on either side of the brain

Fangtooth fish are voracious predators and are thought to use contact chemoreception to find prey in the deep, dark ocean, relying on luck to bump into something edible. However, there is no need to be afraid of a fangtooth fish since you are never going to meet one and they are quite small really – never growing more than about 15cm in length.

Watch Dr Tammy Horton talk about the fangtooth fish in this video. 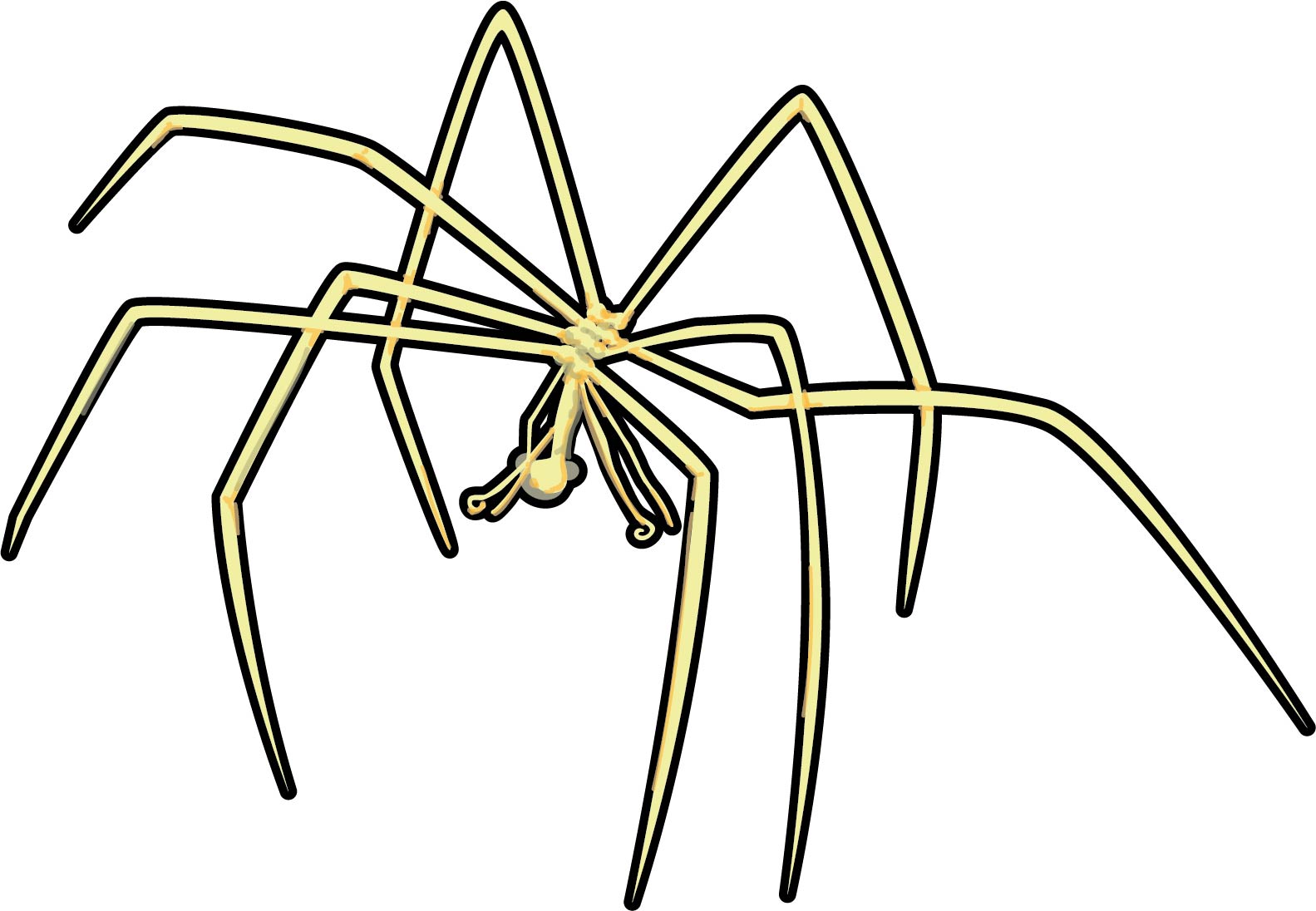 If you are an arachnophobe then the thought of a spider the size of your face is probably a bit creepy. However, the giant sea spider is neither a spider, nor does it bite. So, there is no need to be afraid.  Most sea spiders have eight legs (some have ten or twelve) but that is where their similarity ends. Sea spiders don’t have any lungs or gills but just absorb oxygen through their surface, and they pump their blood around their bodies using their guts, which extend to the ends of their long legs. Plus, their legs function as the gills and the gut functions as a heart.

Sea spiders don’t have venomous fangs like many of their terrestrial counterparts, they use a proboscis ((a tubular feeding organ situated on the head) to feed on soft-bodied invertebrates, like jellies and anemones.

Giant sea-spiders can be found on the abyssal seafloor up to 5000 m and can have a leg span of up to 75 cm.

Watch a video of Dr Tammy Horton talking about the Giant Sea-Spider.