Could wetlands protect the world’s most vulnerable city from coastal flooding? 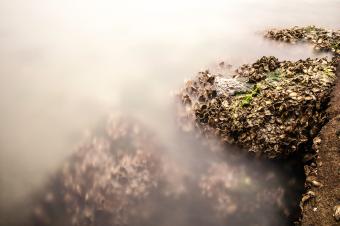 A new, international, collaborative project will investigate the potential of wetlands as a natural defence against rising sea-levels. The project will specifically look at the potential of this technique in the Chinese cities of Guangzhou and Shenzhen in the Pearl River Delta, which are ranked as first and ninth cities in the world in terms of annual losses due to flooding.

This project will be an international collaboration, bringing together expertise from research organisations in China and the Netherlands, as well as a UK component led by the National Oceanography Centre (NOC), which includes the University of Liverpool.

Human activities have led to wide-spread decline of coastal ecosystems, including mangroves, saltmarshes and coral reefs. Nature-based coastal defences are being developed to simultaneously mitigate flood risks and conserve valuable coastal ecosystems. This innovative approach creates coastal ecosystems that attenuate waves, reduce storm surge impacts and stabilise shorelines in a way that is adaptable to environmental change, and so is robust and cost-effective. Nature-based coastal defences have great potential value for Chinese deltas, where large coastal populations are at high risk of flooding and wetlands have been lost at a high rate due to land-reclamation. This project will help inform a 23 km-long pilot eco-dike ring planned to be implemented in Guangzhou between 2018 and 2022.

However, natural defences require space, and restoring lost ecosystems in locations exposed to waves can be extremely challenging. Furthermore, although the use of wetlands as coastal defences has recently started to be used in some countries, including the Netherlands, the UK and the USA, there are no practice-based rules for applications to China.

The successful implementation of nature-based coastal defence in Chinese deltas will strongly depend on obtaining an in-depth understanding of two issues. The first is how wide the coastal defence zone should be, and the second is how to create the ecosystems where they are needed, such as examining the establishment of mangrove seedlings and the necessary weather windows for their survival.

NOC scientists will provide the physical science basis and projections of sea level, typhoons and waves in the South China Sea. Scientists from the Royal Netherlands Institute for Sea Research will lead research focussing on wetland ecology, including novel field experiments using a field wave-flume. Another team of scientists, led by Sun Yat-sen University in China, will investigate how the shape of the delta sediment is changed by biological processes on a local-scale. For example, the team will look at how oyster beds can act as ‘reefs’, absorbing energy from waves and so helping to protect the coast from erosion.

Dr Judith Wolf from the NOC, who will be leading the UK component of the project, said “This is a really exciting opportunity to use our world-class expertise on modelling tides, storms, waves and sea-level, alongside expertise from ecologists in other countries, in a project that could deliver real environmental, social and economic benefit to coastal communities.”