Could a flank collapse on La Palma cause a tsunami? 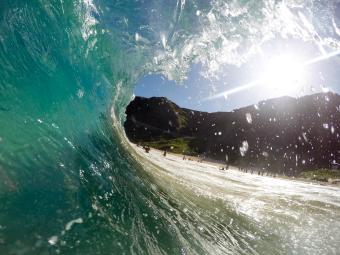 Responding to the recent low-level seismic activity on the Canary Island of La Palma, the NOC’s Dr James Hunt said “It is debatable whether an eruption will ensue on La Palma, what magnitude such an eruption would reach should one occur, and whether the volcanism would be enough to cause a flank collapse and tsunami.

“Even if a tsunami was generated there is a great deal of uncertainty about how big it would be as it travels from the source towards coastlines. There is currently no evidence of past tsunamis reaching coastlines along the North Atlantic from past Canary Islands landslides. The tsunami models commonly cited in reference to landslide-mega-tsunami in the Canary Islands utilise ‘worst case’ scenario values that have large uncertainty.”

To answer any questions you may have on this topic, NOC scientists have put together a question and answer feature based on evidence from NOC’s on-going research into marine geohazards.

Will the recent swarm of earthquakes result in an eruption?

The recent swarms of low-level seismicity on La Palma are common beneath volcanic islands, suggesting activity in and above the magma chamber, an eruption need not be the result. Similar seismicity was recorded beneath the neighboring islands of El Hierro between 2011 and 2013 and Tenerife in 2004, and yet no major eruptions occurred.

Will an eruption cause a landslide?

Geological records of past Canary Island landslides imply that volcanism has played a significant role in their triggering. However, mathematical models indicate that a caldera-collapse eruption, causing a ground accelerations equal to that of a magnitude five earthquake, is required to trigger a large-volume landslide. At present the earthquakes beneath La Palma are only magnitudes 1.5 to 2.7, and therefore not likely to instigate failure on their own.

If landslide occurs how big will the tsunami be and how would that size change as it travels?

The likelihood that a landslide will cause a tsunami, and the size of that tsunami depends on the volume, speed, initial acceleration and location of the landslide (above or below sea level), as well as the way in which the collapse occurs. Even if a tsunami is produced, there is uncertainty about how big it would be and how that size would change as it moves away from the source.

Evidence suggests that the volume of Canary Island landslides rarely exceed 350 km3, certainly not reaching 500 km3 used in models, and whilst the speed of the slide can be estimated model values are often extremes. In terms of the way in which the collapse occurs, the evidence so far suggests that large-volume slides in the Canary Islands occur as a series of smaller collapses spaced out in time, which would greatly reduce the size of any resulting tsunami. Furthermore, that there is significant time between each of these smaller stages of sliding, forming smaller discrete waves rather than a chain of waves. Again, the size of the tsunami would be further reduced if one or more of the stages of collapse occurred underwater, which evidence to-date suggests has happened on La Palma.

Tsunami-generation models agree that tsunami amplitudes near the site of the collapse would be more than 100 metres within 40 kilometres of the source, however there is a great deal of variation from model to model concerning how the tsunami wave may dissipate from that point onwards. This is partly validated with physical evidence from deposits of past tsunamis in the Canary Islands. In addition to calculating the properties of the waves generated, these models then show variability in how the waves travel across open ocean and may not necessarily capture the complexity of how those waves subsequently run-up and inundate (or not) coastlines.

Flank collapses and associated tsunamis in the Canary Islands represent low probability events that would likely be highly destructive. Whilst there are earthquake swarms beneath La Palma, as yet these is no evidence of volcanic activity manifested at the surface and thus risk is low and without evidence of escalation. The risk from potential hazards linked to eruptions on La Palma, including landslide-tsunamis, may have to be re-evaluated if escalation occurs.