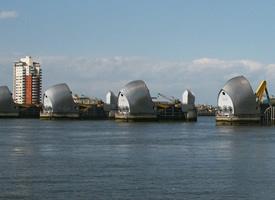 The first predications of coastal sea level with warming of two degrees by 2040 show an average rate of increase three times higher than the 20th century rate of sea level rise.

These predictions have been published today in the Proceedings of the National Academy of Science of the United States of America (PNAS) by National Oceanography Centre (NOC) scientists.

According to this research, by 2040 with two degrees centigrade warming, more than 90% of coastal areas will experience sea level rise exceeding the global estimate of 20cm, with up to 40cm expected along the Atlantic coast of North America and Norway due to ocean dynamics. Furthermore, the impact of this sea level rise will be more pronounced in locations, such as Jakarta, where there is subsidence of the land.

Dr Svetlana Jevrejeva from the NOC, who is the lead author on this paper, said “Coastal cities and vulnerable tropical coastal ecosystems will have very little time to adapt to the fast sea level rise these predictions show, in scenarios with global warming above two degrees.

A worst case scenario considered involving five degrees warming shows that up to 80% of global coastlines could experience changes in sea level of over 1.8 metres by the end of 21st century. This might never happen, but could not be ruled out due to large uncertainties in the contribution of Greenland and Antarctic ice sheets in these sea level rise predications. As a result, millions of people living by the coast could be displaced and the beaches that attract tourists could be destroyed, particularly in low lying coastal cities in South East Asia and in the USA, such as Miami.”

Professor Ed Hill, Executive Director of the National Oceanography Centre commented, “We trust that these findings will help inform coastal sea level adaptation and mitigation strategies. Work of this type forms part of the NOC’s ongoing commitment to providing the best possible information to decision makers based on rigorous scientific analysis.”

The research is part of the EU funded RISES-AM project, which looks at the impact of sea level rise from a physical, economic and social perspective. The study was carried out by team with experts from Denmark, the Netherlands, China and the UK.