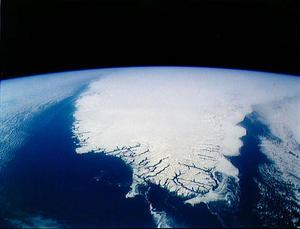 Future changes in the climate of the Arctic Ocean – and their possible impact on the climate of the United Kingdom and globally – are the subject of a major new study, supported by a £2.4 million grant from the UK’s Natural Environment Research Council (NERC).

The Arctic is the fastest-warming region of the planet. The summer sea ice melt-back has reached record lows in recent years. In three or four decades, global warming is predicted to make the Arctic Ocean virtually free of ice over the summer, which will change how winds, oceans and currents interact. No-one knows how the ocean will to change, nor the potentially far-reaching implications for the climate experienced by regions far removed from the area, including the United Kingdom. An ice-free Arctic will also have huge significance for shipping and prospecting for natural resources.

The study, bearing the acronym TEA-COSI (The Environment of the Arctic: Climate, Ocean and Sea Ice), aims to better understand how the Arctic ocean and sea ice system works today, and to make better predictions of how the Arctic climate will change. We aim to understand the consequences of the seasonal removal of the sea ice cover. Without ice, we expect the winds to make the ocean currents flow faster. This will make the ocean a more turbulent environment. How will the cold, fresh surface layers of the ocean respond? Will the upwards flow of heat from the warm, deep-lying Atlantic water layer increase? If it does, will it impact even the future winter survival of sea ice?

The three-year project represents the most complex and comprehensive investigation to date into the import of heat, the export of fresh water, and their likely future changes in the Arctic Ocean. A wide range of data sources – including robotic sensors fixed to ice floes, measurements made by scientists aboard a powerful icebreaker, satellite measurements, and instruments moored to the sea bed – will be used by the research team which is led by Dr Sheldon Bacon of the National Oceanography Centre in Southampton.

Along the length of the UK we benefit from a relatively mild climate, despite our location, which puts the most northerly parts of the UK on the same latitude as Siberia, Alaska and the southern tip of Greenland. This is due to heat brought northwards by the Atlantic Ocean on a current generally called the Atlantic Conveyor Belt.

This current is driven by surface water being made to sink by the extreme cold around the Arctic. It returns southwards through the Atlantic at great depths. We know that, because of global warming, these higher temperatures could cause extra amounts of fresh water to flow into the oceans. This could make the Conveyor Belt slow down or stop by acting like a lid of water that is too light to sink. If it did, the UK would get much colder.

The chances of this happening are unclear because the difficulty of visiting this extremely inhospitable region means that little is known about how the Arctic Ocean works. But scientists agree that the area is important because it is changing so fast. NERC is investing £15 million in its five-year (2010-15) Arctic programme, with TEA-COSI one of the largest.

Sheldon Bacon, says “We will use our measurements and models to fill a large gap in our knowledge. Our results will eventually feed into improving predictions not just of conditions in the Arctic, but of how changes there might influence UK, European and global climate. With better predictions, we can make better plans for the future.”