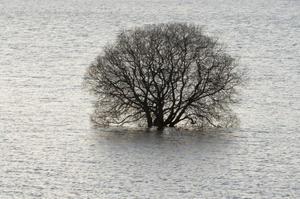 Last week AXA insurance showcased a project led by Dr Aurélie Duchez from the National Oceanography Centre (NOC) in collaboration with the UK Met Office, which aims to investigate the role of the ocean on European weather extremes.

This project has been funded since September of 2015 by The AXA Research Fund, which is the international scientific philanthropy initiative of the global insurer AXA, and was celebrated at a ceremony in Paris last week.

Using real observations including large-scale Atlantic observations from the RAPID array, in addition to coupled ocean-atmosphere model output from the NOC and Met Office, this two year project aims to shed light on the influence of the ocean on extreme weather events, such as heat waves, droughts, floods and severe winters.

Dr Aurélie said “The ocean is key to understanding extreme weather because it stores 90% of the planet’s heat, as well as being the dominant mode by which that heat is redistributed around the planet. However, the oceans’ feedback into the climate is a new topic in research with many open questions.

Currently, there are many uncertainties regarding the role of the ocean on the development of weather extremes and how future changes in the ocean circulation may affect their frequency and intensity. Anomalous sea surface temperature fluctuations linked to the ocean circulation are potentially an important driver of hurricanes and severe winters but also of Central European heat waves.”

This project will use state-of-the-art model simulations in combination with real observations to better determine the precursors of European weather extremes, and assess whether the next generation of climate models used by the Met Office will be able to better forecast these devastating events.

Dr Aurélie added “Better understanding the role of the ocean on climate and European extremes in particular is something really new, and the NOC is a really fantastic place to start to answer this question because of its access to uniquely long data records and high quality modelling outputs.”

By investigating the mechanisms linking oceanic conditions to severe weather events, the outcomes of this project will enable better prediction and preparation.