Seagrass meadows are the powerhouses of coastal seas providing a nature-based solution to climate change. They have been neglected for decades, which has led to their large-scale degradation and loss. This loss now provides an opportunity for environmental renewal through large-scale restoration.

Seagrass is a marine plant which grows on the seabed. It is extremely productive, growing very fast and fixing a lot of carbon dioxide through the process of photosynthesis, the same way that land plants do. In recent years, habitats such as seagrass have become associated with the term blue carbon.

What is blue carbon?

Blue refers to the marine environment, which refers to everything in the deep ocean, through to the land and areas that are influenced by the salty water of the sea, and the soils and sediments below them.

The carbon aspect refers to the carbon contained in the bodies of marine organisms, ranging from tiny microscopic phytoplankton through to the largest creatures on the planet such as whales, and everything in between. This includes the biomass in living organisms, and also those that have died and are incorporated into the seabed.

How does seagrass store carbon?

Seagrass is constructed of many leaves, roots and stems that create a network of fibres running through the water column. This slows down the flow of water as it runs past these habitats, and so material in the water is likely to settle in areas of seagrass and therefore in the sediments below them.

Once this material is deposited below the seagrass, it becomes incorporated in the saturated, salty environment. Therefore, instead of being broken down by other organisms, whereby the carbon would re-released into the atmosphere, it instead it accumulates beneath the seagrass, forming dense carbon stores, which can be metres thick. This carbon is then stored for a very long time, the storage of some has been dated back thousands of years.

How effective is seagrass in storing carbon?

Blue carbon habitats such as seagrass meadows are shown to be very effective in storing carbon. In fact, some are shown to contain two to five times as much carbon as in the equivalent forest habitat on land.

Why is it important we protect seagrass habitats?

Seagrass meadows create a highly efficient and long-term store of carbon, meaning the restoration and protection of these habitats is vital in helping to combat climate change.

The loss of these habitats could lead to the carbon stores locked underneath them being re-released, therefore contributing to the release of greenhouse gases into the atmosphere. This is an unwanted effect, and contributes to the impact of the gases released from the burning of fossil fuels, and land use changes such as the cutting down of forests.

How is the NOC working to restore seagrass habitats?

The NOC is currently working alongside eleven principal scientists, political bodies and NGOs concerned with seagrass management, on the Recovery of Seagrass for Ocean Wealth UK project (ReSOW UK).

ReSOW UK will provide scientific evidence and a strategic vision for ecological renewal. It will further facilitate informed management and restoration of seagrass for sustainable social, environmental, and economic net gains for the UK.

The UK Government has recognised Nature Based Solutions to climate change as an important component of achieving their target of reaching Net Zero emissions by 2050. Seagrass meadows create an efficient and long-term store of carbon in their marine sediments, providing an opportunity for their restoration to become a key contributor to these solutions. The project will provide the key evidence underpinning this solution by estimating the capacity of UK seagrasses to capture carbon dioxide. 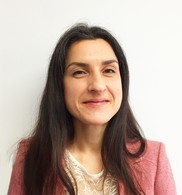 The NOC’s Dr Claire Evans, Principal Investigator of the ReSOW UK project said: “ReSOW UK provides a perfect opportunity to work collaboratively with external organisations and provide solutions and insights into the capacity for Nature Based Solution to mitigate climate change. The project provides an exciting opportunity to deliver evidence to create a shift in thinking and policy change for how we perceive and manage the UK’s coastal habitats.

“Seagrass meadows are one of the most degraded yet potentially valuable elements of the coastal environment, providing a strong case study indicative of the social-ecological complexities in coastal environments of the UK. ReSOW UK will create a case study that transforms how we regard marine resources and how we move forward in the design and scaling-up of restoration strategies to enhance ecosystem services for the benefit of people and planet.”

If you want to hear Claire talk more about blue carbon, listen to her World Oceans Day presentation (26:39 mins duration).

If you or your organisation would like to find out more about supporting our endeavours related to blue carbon, contact us at giving@noc.ac.uk

A gift allows you to have a direct impact on world leading ocean research and innovation, and helps ensure NOC continues to make global impact from the coast to the deepest ocean.

Whatever your passion – combating climate change, conserving and protecting ocean life, or equipping the next generation of marine scientists, you can donate here.