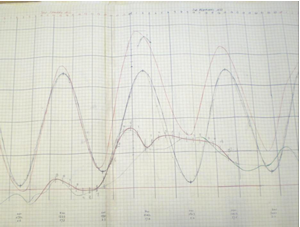 A weekly seminar takes place at the National Oceanography Centre, Liverpool during university term time. Our Wednesday seminars take the form of a 45-minute presentation with extra time for questions. Refreshments and informal discussion will follow in the lab afterwards.

Though our lab specializes in shelf sea and sea level science, the series will be broad in scope, covering all aspects of oceanography, climate and geophysical fluid dynamics. Seminars are attended by PhD students, researchers and senior scientists from NOC and the University of Liverpool.

Unless stated otherwise, seminars will take place in the Nicholson Lecture Theatre ( Nicholson Building) and last for 45 minutes, with a further 15 minutes for questions.

Visitors are welcome at all seminars, but are advised to confirm dates and times before travelling.

Extra-tropical storm surges have long been a major cause of ‘natural disasters’ in Northern Europe. In early 1953 over 300 people died in Britain and about 1,800 in the Netherlands in such an event. In Britain today, surges are forecast using computer models produced at the National Oceanography Centre (NOC) in Liverpool.

This warning system was one of the main government responses to the 1953 flood disaster and today the state is a strong patron of both day-to-day forecasting of storm surges and research into them. However, how did such disasters become the concerns of British scientists and the British state? When the NOC’s predecessor, the Liverpool Tidal Institute (TI), was established in 1919, its work was funded primarily by the local shipping industry. Their work on forecasting surges was done to improve the accuracy of the periodic tidal predictions these patrons used. Only after a flood event in 1928, when 14 died in central London, did TI’s surge work become about preventing flooding and was funded by local government actors.