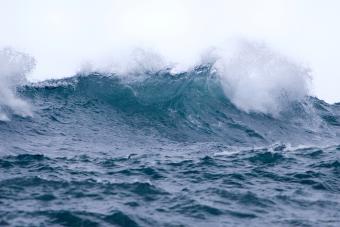 The Global Ocean Biodiversity Initiative is an international partnership of institutions committed to advancing the scientific basis for conserving biological diversity in the marine environment. In particular, GOBI contributes expertise, knowledge and data to support the efforts of the Convention on Biological Diversity (CBD) to identify ecologically or biologically significant marine areas (EBSAs) by assisting a range of intergovernmental, regional and national organisations to use and develop appropriate data, tools and methodologies. This talk will showcase examples of this work, highlighting some of the key challenges at the science-policy interface. The talk is scheduled shortly after the 14th Conference of the Parties to CBD – 8000 people meeting in Egypt – do global meetings like this move us forward or frustrate?  Why do decision-makers sometimes ignore or compromise scientific advice? Where are we making progress with marine conservation? How can we conserve what we don't fully know and understand?

Professor David Johnson BSc MSc PhD FRGS FCIWEM
David Johnson is a Director of Seascape Consultants Ltd and Emeritus Professor of Coastal Management at the UK Southampton Solent University. He was previously Executive Secretary to the OSPAR Commission (2006-2012) and his career has included work in practical conservation, environmental consultancy, and higher education as well as intergovernmental marine environmental protection.

His PhD considered the conservation of inter-tidal wetlands and he has led international work on Particularly Sensitive Sea Areas. He is a Chartered Geographer and Chartered Scientist. In 2002 David held a Caird Fellowship at the UK National Maritime Museum. He is a member of the GESAMP pool of experts and a Visiting Professor at the World Maritime University in Malmo Sweden.

During his time with OSPAR, David helped refocus the work of the Commission, through production of the Quality Status Report 2010, taking into account the EU Marine Strategy Framework Directive, climate change impacts and the challenge of Marine Protected Areas in Areas Beyond National Jurisdiction. In 2010, in recognition for establishing the world’s first network of High Seas Marine Protected Areas, OSPAR received a WWF ‘Gift to the Earth’ Award.

Seascape Consultants major EU contracts include the FP7 MIDAS Project (2013-2016) on the environmental impacts of seabed mining and associated follow-up actions; provision of the Secretariat to the European Marine Observation Data network (EMODnet); and input to six H2020 projects. David is Coordinator of the Global Ocean Biodiversity Initiative, an expert with the UNEP GEF Deep Seas Project, a consultant to the UNESCO World Heritage marine team. He was awarded the IMarEST International Award in 2017.

Chris is an applied biologist with a background in taxonomy and biodiversity research (BSc and MSc from Imperial College and the Natural History Museum, London). After attaining his PhD from the National Oceanography Centre, Southampton in 2005, he spent 10 years working as a Benthic Ecologist for the UK Government.  Chris has contributed to national and international interdisciplinary projects, gathering, processing and presenting evidence in support of marine protected area designation, mapping habitats and biological resources, investigating the effects of man’s activities on the environment, recommending management strategies for resource sustainability, advising Government on the ecological aspects of licensing offshore developments, and participating in capacity building initiatives.  Chris has been a member of the GOBI Secretariat at Seascape Consultants Ltd since 2016.

PLEASE NOTE SECURITY MEASURES FOR ENTERING DOCK GATE 4
Visiting the NOC: As the NOC is located within the Port of Southampton and entry is via Dock Gate 4 Port Security require all visitors bring along with them their confirmation ticket and a valid form of photographic ID (Driving License / Passport). The Port of Southampton is the Strategic Authority for the implementation of security within the port area where the NOC is located.

There are a number of designated visitor parking spaces available at NOC. If these are full after 5pm please drive to the staff car parks barriers, access can be given by pressing the intercom button in the box next to the barrier, on requesting entry you will be asked for Name and Car Registration number and the barrier will be lifted.

Please do not park in areas not designated for parking and ensure roadways are kept clear.

These talks are usually held on the first Thursday of each month (except in January) at 7pm in the Henry Charnock Lecture Theatre, National Oceanography Centre. Please sign in outside the lecture theatre on level four.

Recording of November's Marine Life Talk – Exploring the Antarctic Seafloor: why I spent three years on the frozen continent

Recording of October's Marine Life Talk – Why the Galapagos is special