Marine Life Talk at NOC in Southampton - 1 May 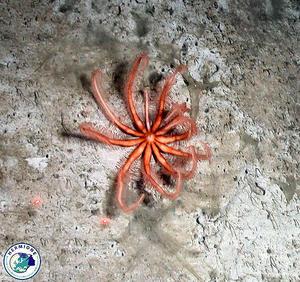 Life Inside a Deep-Sea Canyon

Submarine canyons are unique and fascinating features found in the deep sea. They are disturbed environments, in which strong currents and internal tides scour the seabed. Canyons also act as conduits, funnelling sediments and organic matter from the continental shelf down into the deep sea. Described as deep-sea biodiversity ‘hotspots’, canyons support a high abundance and diversity of marine life such as fish, cold water corals and small sediment dwelling organisms. Understanding the variability and function of canyons is important for understanding the diversity of fauna living in the deep sea.

Laetitia Gunton grew up in Poole, Dorset. In 2006 she went to St Hilda’s College, Oxford University to read Biological Sciences where she graduated in 2009 and then spent a short period with Operation Wallacea assisting in the survey of the Cusuco National Park in Honduras.

In 2010 Laetitia took an MSc in Oceanography at the National Oceanography Centre. ‘A life on the ocean waves’ beckoned and she is now studying for a PhD run jointly by the University of Southampton and the Natural History Museum in London. Laetitia’s PhD focuses on the small organisms living in the sediments of deep-sea canyons.