The weird and wonderful life at the Mid-Atlantic ridge, 19.30pm at the National Oceanography Centre in Southampton –

The Mid-Atlantic Ridge is a large mountain range in the middle of the Atlantic Ocean, creating the largest bathyal habitat (habitat encompassing depths between 200–3000 m water depth) in the Atlantic. With increased anthropogenic pressures on continental margins, it is important to understand ridge structures, as they might become the only bathyal areas relatively unaffected by pollution and waste disposal. 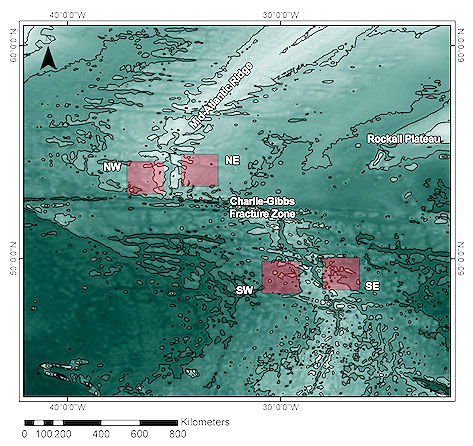 Claudia Alt is currently doing a postdoc looking at bioturbating fauna in the Solent. She has recently finished her PhD at the National Oceanography Centre, Southampton and will present the results of her 3.5-year PhD research. Her work contributed to the national, NERC funded, ECOMAR program, and the international MAR-ECO programme which formed a subgroup to the Census of Marine Life project.

Please note: this talk was due to be held last month but was postponed until September.