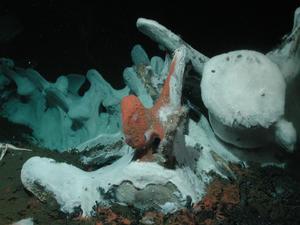 The Census of Marine Life: what have we learned from this 10 year programme? – 19.30pm at the National Oceanography Centre in Southampton –

The Census of Marine Life was completed in its final meeting at the Royal Society in September 2010. The aim of the 10 year Census had been to try and determine just how many individual species were living in the sea. Over 80 countries were involved.

In this presentation Professor Tyler will talk about generalities of the Census that concentrate on what has been discovered in the largest of all the ocean realms - the deep sea. The past concept that the deep-sea was a sediment-filled monotonous basin has been completely dispelled with the discovery of a high degree of heterogeneity extending from sedimentary abyssal plains, though ecosystems independent of sunlight to massive coral reefs and extensive deep sea canyons and seamount.