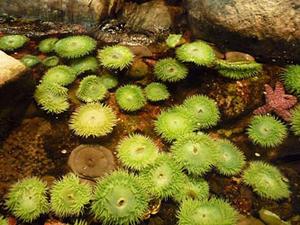 The Mysteries of Ageing in a Marine Environment, 19.30pm at the National Oceanography Centre in Southampton –

From immortal jelly fish and sea anemones that live for decades, some marine organisms appear not to age. Do our oceans contain the answer to extending longevity?

The talk will cover theories on the causes of ageing and how these apply to marine environments. The main question to be explored is whether there are aspects of marine environments that effect ageing differently from what is observed in terrestrial environments. Specific cases of extreme life span in marine organisms will be used to explore this question.

Dr Parker uses non-model and model insect systems to understand ageing. Currently, his lab is using bumblebees to investigate social effects on ageing, and Drosophila to study an antioxidant gene he discovered in ants. He is originally from the US where he earned his undergraduate degree in Biochemistry at the University of Oregon and his doctorate in Biology at Arizona State University. He did his post doctoral training in Switzerland looking into the molecular basis of ageing in extremely long lived ants before joining the University of Southampton where he is now a lecturer at the Centre for Biological Sciences.

05/01/12 European Sea Bass: how do we restore UK stocks and why bother? – Nigel Horsman