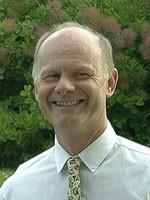 On Friday 12 November 2010, Professor Charles Sheppard of the University of Warwick will be giving a seminar at the National Oceanography Centre in Southampton entitled ‘The Chagos MPA story – so far’.

The Chagos Islands belong to the British Indian Ocean Territory and are located half way between Africa and India. The UK Government recently declared the territorial waters around the Chagos Archipelago a Marine Protected Area (MPA), currently the largest in the world. No commercial fishing will be allowed over most of the area, helping to preserve stocks and protect the marine environment, including the reefs around the archipelago. This doubles the world's total of no-take marine area.

The declaration of MPA status followed several years of scientific study, the findings of which were assessed at a workshop at the National Oceanography Centre in 2009.

Professor Sheppard will outline some of the benthic reef science and island condition, showing in what ways this archipelago differs from most others, and why the MPA was sought in the first place. He will also review the expected benefits of the MPA for pelagic fish. Finally, he will discuss the concurrent issues of Chagossian population displacement and return, along with some of the history of the archipelago, and possible scientific developments.