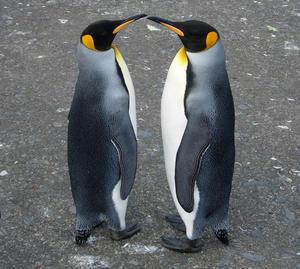 Climate Change: The science behind the spin, 19.30pm at the National Oceanography Centre in Southampton –

Unfortunately, it’s often difficult to differentiate the wheat from the chaff with regards climate change science. Too often, opinion is muddled with fact. Too often, climate change is viewed from within a political, or religious frame: a dogma that one may choose to identify oneself with, rather than an empirical fact. What’s more, even among those who are comfortable that man-made climate change is a reality, there is a worrying lack of understanding about the fundamentals of climate change: how it happens, how we know it is happening, etc.

This talk will attempt to cut through a lot of the nonsense that surrounds the science of climate change and get down to the basics – how does climate change happen, has it happened before, and what has been happening since we've started burning fossil fuels – with the aim of giving people a grounding in climate science so that they can critically appraise the issue themselves. It will also try to address some of the common misconceptions about climate change and climate science.

Michael Henehan successfully completed his M/Sci in Palaeontology and Evolution at the University of Bristol in 2009. He has been working on his PhD at the National Oceanography since then. His general research interests are Geochemistry and Palaeoclimate. In his PhD he is looking into methods of improving estimates of past atmospheric CO2 levels. Among his achievements are a BBSRC-funded Summer studentship and a Nuffield Studentship. Michael is passionate about the communication of science to the public, and is involved in the Science Tent at Bestival, and given talks about climate science to various community groups in the UK and Ireland.

Please Note: This is a change to the talk schedule due to unforeseen circumstances, Dr Claudia Alt’s, ‘Weird and wonderful life at the Mid-Atlantic ridge’ will now take place next month. This talk will take place in the room next to the Charnock lecture room and will be available online.