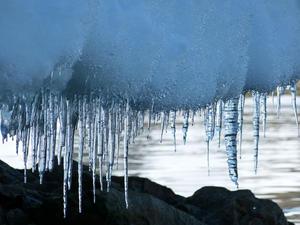 Four NOC scientists have contributed to a study of satellite data from the last 19 years which has revealed that fresh water from melting glaciers has caused the sea-level around the coast of Antarctica to rise by 2cm more than the global average of 6cm.

The team of researchers, led by Craig Rye from the University of Southampton, detected the rapid rise in sea-level by studying satellite scans of a region that spans more than a million square kilometres. The full paper published this week ‘Rapid sea-level rise along the Antarctic margins in response to increased glacial discharge’ can be read via the Nature Geoscience website.

NOC’s team of researchers commented on their input:

Professor Chris Hughes: “The fascinating thing about this region of the ocean, close to Antarctica, is that the ocean currents are strongly steered by the steeply-sloping sea floor, which makes sea level changes spread quickly around the entire continent. This rapid spreading allows us to be confident that we are seeing the big picture, despite only being able to glimpse the sea level through intermittent gaps in the floating ice. The size of the sea level rise requires a large injection of freshwater, consistent with the accelerated melting of Antarctic ice which has recently been observed.”

Dr Andrew Coward: “The National Oceanography Centre uses some of its National Capability funding provided by the Natural Environment Research Council to support state of the art ocean modelling. This paper is a good example of the benefit of maintaining such a capability and its associated expertise. With so much natural variability in the climate system, it is very difficult to arrive at definitive hypotheses based on observational evidence alone. Here we were able to test our theory of a link between wide-spread sea-level rise around Antarctica and increased ice export from key glaciers by re-running established, complex ocean models with just fresh water input near the Antarctic coast perturbed in line with the observations. The fact that our model ocean reacted in a very similar manner to that observed in the real ocean gives further credibility to our conclusions.”

Dr George Nurser: “It was good to be involved in such a clear application of the scientific method. The signal (the anomalous rise in Antarctic Sea level) was detected from the altimetric observations, attributed to increased glacier melt by simple theoretical calculations using recent observations of Antarctic ice loss, and this attribution was confirmed by running the ocean model with and without the extra freshwater input.”