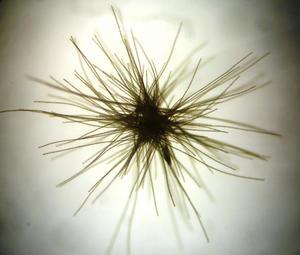 I wake every morning at 4:30am to deploy the plankton nets.

My name is Joe Snow and I started my PhD in Southampton last September. In the six months that I’ve been at NOCS my time has been spend familiarising myself with the background information for my project along with preparing for this cruise.

Preparing for your first cruise is a rather bewildering experience to say the least. Imagine your day-to-day work routine, be it in a lab/office/studio. Now think of all the things you use to get yourself through the day at work, your computer, notebooks, coffee, stapler, seat, office consumables, lab consumables etc. Now imagine trying to catalogue each and every item, workout how much of each your going to need for the duration of the cruise and then work out a way in which you can secure everything to the bench/wall/floor because let's not forget, the ship rolls. I can guarantee that you will write shopping list after shopping list and you will forget to pack something. But that’s where the creative side of scientist’s thrives; pretty much anything can be fixed or a replacement fashioned with plastic tubing, cable ties and duct tape along with healthy dose of ingenuity.  Having successfully packed and set-up my work areas (well mostly) on the ship before leaving port I was ready to start work, but before I cover my work I feel some background information might be helpful.

One of the key objectives of our cruise on-board the RRS Discovery is to quantify the response a certain group of plankton exhibit to differing Iron and Phosphate concentrations in the water column. The plankton we’re interested in are capable of ‘fixing’ atmospheric nitrogen (N2) and converting it into bioavailable ammonia (NH3). The select few organisms capable of doing this are thought to fuel the primary production in the oligotrophic (low nutrient) Atlantic by supplying this bioavailable, fixed nitrogen to the community as a whole.

One group of species, ubiquitous to the tropical oligotrophic oceans, is Trichodesmium sp. and this forms the primary focus of my work aboard the Discovery. Trichodesmium are cyanobacteria (blue-green-algae) that grow into relatively large ‘puff’ or ‘tuft’ shaped colonies.  It is thought that this one group of species contributes upwards of 80Tg per annum of newly ‘fixed’ Nitrogen to the world’s oceans (Karl et al. 2002, Capone et al. 1997). To put this into perspective the global release of fixed nitrogen from the burning of fossil fuels is approximately 24 Tg N per annum (Galloway et al. 2004), yep a single species of bacteria contributes over three times the fixed nitrogen as the entire planet does through burning fossil fuels. The significance of this nitrogen fixation occurring in the tropical oceans is due to any photosynthetic growth resulting from this newly fixed nitrogen could ultimately result in a draw down of atmospheric CO2.

My day consists of waking every morning at 4:30am to deploy the plankton nets (think of a sieve crossed with a wind sock) and literally sieving the surface water through them for 10-15minutes. The sieved plankton are then poured into a bucket and quickly transferred to one of our labs. I then spend the morning picking these bacterial colonies out of the water (one by one) using a plastic stick with a hoop on the end. If the Trichodesmium colonies are there in high enough numbers I can pick upwards of ~750 colonies in a morning (who said science wasn’t fun?). These ~750 colonies are processed differently depending on the analysis I intend to subject them to on my return to Southampton and then they're frozen in liquid nitrogen (best part of the day).

As I alluded to earlier, we are interested in two nutrients in particular, Iron and Phosphate. These two nutrients are essential for almost all organisms to grow healthily; David’s last blog post gave a bit more background into one of the roles iron plays in diazotrophic plankton. Much more phosphate is required than Iron however there is usually much more phosphate in the water than there is iron.  I am interested in studying which of these two nutrients are limiting the growth of Trichodesmium across different parts of the Atlantic. In order to determine this, the colonies I pick and then freeze will be analysed for the expression of genes that signify limitation by one of these two nutrients. Along side this I will look at the colonies elemental composition and attempt to associate their cellular concentrations with the genes expressed. Laying this information onto the backdrop of the rest of the work being done on the ship such as the nutrient profiling and the nitrogen fixation incubations I hope to be able to formulate a clearer idea of the nutrient requirements and the response to nutrient limitation of this globally important planktonic bacteria.