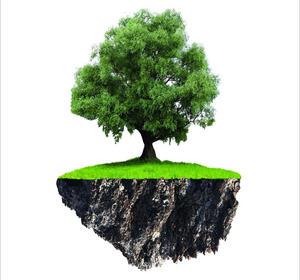 Life and environment: An evaluation of the Gaia Hypothesis

Toby will be signing copies of his book from 6.30pm

In 1972 James Lovelock made an interesting proposal. Life is not solely a passenger on a fortuitously habitable Earth, he suggested. Instead, life has been at the controls of the planetary environment, helping to ensure continued habitability over ~3 billion years. In the thirty years or so since he first proposed it, the Gaia hypothesis has intrigued a whole generation of those interested in natural history and planet Earth. Today it is widely but by no means universally credited by scientists. It remains controversial.

Gaia is a fascinating idea, but is it correct? In this talk Toby Tyrrell will attempt to an answer this overall large question by first exploring some smaller questions that relate to the larger one. First Toby will look at cooperative regulation of a shared living space: under what circumstances is this observed to occur in nature? Second he will consider whether the biota has altered the environment on a global scale. Finally Toby will discuss whether the changes to environmental conditions following evolutionary innovations have or have not been broadly favourable for life. He will combine the answers to each of these questions into a wider evaluation of whether the Gaia hypothesis is plausible and consistent with modern evidence and will conclude that it is not. Instead a competing hypothesis, co-evolution of life and environment, will be suggested to be compatible with our modern understanding in a way that Gaia is not.

Toby Tyrrell has long been interested in the dynamics and interactions of life and environment on Earth. Encompassed within that rather large topic, his narrower research interests have included enthusiasms on coccolithophores, the ocean carbon and nutrient cycles and ocean acidification. After an undergraduate degree in Civil Engineering at the University of Southampton he gained an MSc in Artificial Intelligence at the University of Edinburgh and then a PhD from the same institution. He spent two years working on ecological modelling at Plymouth Marine Laboratory. Since then he has been a researcher then lecturer and now professor of Earth system science in the University of Southampton, NOCS.

This talk is linked with publication of a book on the same topic:

The next Marine Life Talk at the National Oceanography Centre: 1 August 2013