Research published this week shows that treating drinking water reduced the number of microplastic particles per litre by 99.99%. 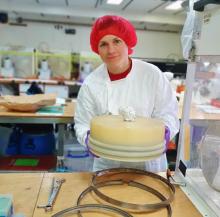 The mass of ‘invisible’ microplastics found in the upper waters of the Atlantic Ocean is approximately 12- 21 million tonnes, according to research published in the journal Nature Communications today.

New research has revealed the highest levels of microplastic yet recorded on the seafloor, with up to 1.9 million pieces in an area of just one square metre.

New insights into the transportation of microplastics across the deep seafloor

National Oceanography Centre (NOC) research has revealed for the first time how submarine sediment avalanches can transport microplastics from land into the deep ocean.

The study also revealed that these flows are responsible for sorting different types of microplastics – burying some, and moving others vast distances across the sea floor.

Research published earlier in the week reveals that microplastics often accumulate on the deep sea floor in the same place as diverse and dense marine life communities. 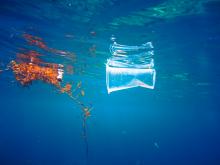 Microplastics are the most dominant particulate contaminant identified in the global ocean.

Ocean circulation can impact on the effectiveness of marine protected areas 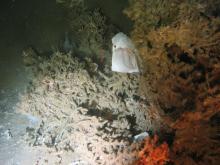 Researchers at the National Oceanography Centre (NOC) studying the UK’s four largest Marine Protected Areas have found that, because of the ocean’s vigorous circulation, even remote, seemingly pristine habitats, are not isolated from human activities, and may be vulnerable to pollution and overfishing impacts.

On Friday 14 April the RRS Discovery will leave Southampton for a research expedition to the Porcupine Abyssal Plain sustained ocean observatory (PAP-SO) in the Northeast Atlantic.

This week researchers from NOC and Plymouth Marine Laboratory (PML) have embarked on a collaborative research expedition to further understand how tiny pieces of plastic litter are spreading in the open ocean and affecting life within.